I watched ‘Divergent’ this weekend. I’d been meaning to read the book forever, but the movie plan was spontaneous, so I read only half the book before going for the movie. (Afterwards, obviously, I finished the series.) And what I found, was that the first book at least resembles Lois Lowry’s ‘The Giver’ to a great extent, besides having the feel of  the ‘Hunger Games’ series. Not a novel observation.

Now, first and foremost, this is not a critique. I thoroughly appreciated the Divergent series – I loved the story and, despite its formula-based beginning, the last book gave wonderfully rich fodder for intellectual debate. Second, I’m going to take this opportunity to give readers a SPOILER ALERT. If you haven’t read any of the abovementioned series, or are halfway through one, please don’t read ahead. Suffice it to say that I believe, like Tierney Sneed, that conscious/subconscious piggybacking and bandwagon-jumping have led to this whole block of young-adult-fiction-inspired movies that are like different kinds of cupcakes – different-colored icing, same muffin-y thing underneath. But that’s not the problem – the problem is our ubiquitous prediction of dystopian futures, period.

I read ‘The Giver’ in the sixth grade, as I’m sure many of you must have. Enthralled by the story, I couldn’t confine myself to the pace of the class, and read ahead. The book was the first one, I think, to illustrate the meaning of ‘haunting’ to me. ‘The Giver’ shook me. In my mind’s eye, I pictured a circle of adobe huts, with palm trees and a trickle of a creek – all of which is far from scary. But then you get to the plot. Each of the children, at the age of 12, are chosen for a job by the Elders depending on their nature and aptitude. The protagonist, however, is chosen for the most important job of all – that of the Giver. It turns out that in this dystopian future, the people have been boxed into a community where things like vocabulary are regulated and everything that makes people different has been removed – including memories and even color.  All the memories of Earth and our past, the good and the bad, are passed down from Giver to Receiver, who is eventually trained to become the next Giver. What clues this boy in to his individuality is that he starts seeing snatches of the color red, first in an apple, and then in a girl’s hair. Slowly as his training progresses, he learns of both happy moments, like sledding, and horrible ones, like war. He comes to the conclusion that a world where people know of these things would be more meaningful, and finally unleashes his memories on the village, before escaping the confines of his village.

Similarly, the ‘Hunger Games’ trilogy features a world of citizens divided into Districts which determine their  profession. As ever, the community is ruled by keeping people so caught up in their predefined jobs that they have no time or energy to question the way things are being run. Eventually the protagonist, Katniss, is caught up in a  rebellion against the Capitol and overthrows it to establish (hopefully) a better government. 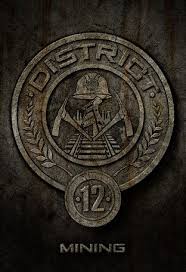 Divergent follows suit, with children choosing Factions, or communities, at age 16, which they will then have to place above family. It is later seen that this is actually a measure of control. A girl with special aptitude, Tris, is the only one able to resist certain controlling measures of the governing body (the various serums) and so is uniquely placed in a situation that allows her to defy and go against the current state of affairs. Again, the people in this world are all walled up in one city, cut off from the world outside, and this enables their control. This turns out to be because the entire city is an experiment. Due to a nationwide attempt to improve society by improving our genes, and its utter failure, most of the population dies out, leading to experimental cities like the one Tris lives in formed to correct the error. Outside these cities, the ‘genetically damaged’ are treated as inferior by the government and blamed for violence, etc etc, much like racism-based conflicts today, while the government covers up war prior to the genetic experiment to maintain ‘genetically pure supremacy’.

These stories bring to mind the movie ‘I Robot’ and the classic parent of all dystopian books, ‘1984’.  ‘I Robot’, based on a book by Isaac Asimov, features a dystopian future where the world is almost taken over by robots, and is saved only by a man with a deep mistrust of robots. ‘1984’, as I see it, is the ultimate in dystopian futures, and is about a world where people are constantly watched by the government and controlled through language, thought, expression, living spaces, family planning, you name it. It is a beautiful representation of absolute perfect dominion of a government over its subjects.

Now, to the point. Many people have noticed and remarked on a trend here: books and young adult series seem to be following the same storyline, give or take: a dystopian future in which the governing body controls the population by the classic divide-and-conquer strategy, a ‘hero’ and an attempted rebellion, successful or otherwise. While it is generally believed that this is a result of piggybacking off pathbreakers’ success, I have too much appreciation for these books and the subtle but key differences between them to believe it is entirely so. Although I don’t deny the effect of  influence, I believe that these plots are essentially each the author’s own – which makes what I have to say of more import. Does it not disturb anyone else that all the future-based books and movies we’ve seen of late are dystopian?

From books like ‘The Giver’, ‘Divergent’ and ‘1984’ with oppressive ‘divide-and-conquer’ governments, to those like ‘After Earth’ which show the destruction of Earth as an inhabitable planet, when did we get so negative about our future? It feels like ‘The Jetsons’ was the last positive depiction of our future in the last couple of decades. Why can’t someone make futuristic action movies, or movies about politics or romance or mystery set in the future? Or is it a result of audiences demanding something “deep”? Has the concept of a “deep” plot come to be unshakeably associated with oppression and rebellion?  Or is it just that we’ve finally become pessimistic (some would say realistic) about our odds of survival, freedom intact, in this world plagued with divide, violence and power-hungry politicians? 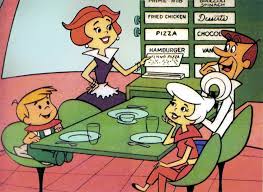 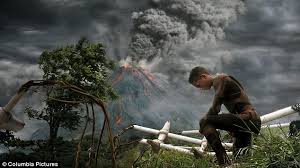 Each of these works of fiction, disturbingly, warns us against the government. And yet, despite popular culture going from subtle to blatant in its warnings, we seem to be doing nothing. For example, the United States’ highest turnout of voting-age population in the past 50 years was in 1960: 63.1%. [ http://www.infoplease.com/ipa/A0781453.html]

In general, there appears to be a negative trend in voting turnout.

With increasing distance between the rulers and the ruled, and increasing tendencies to label ourselves for whatever purpose, total domination by government, an idea once planted firmly in the field of fiction, is beginning to look more and more like a realistic future.

Authors and the literati have long been held in esteem for their insight. How does it bode for us that most of them are beginning to predict totalitarian rule? As always, I’d love to hear your views, so if you have anything to contribute to this discussion, please comment below!